I did a backpacking trip to Bangladesh in early 2015. Just like India, Bangladesh is also a budget-friendly country for travellers. Transportation is fairly cheap, though public transport is not very comfortable. Besides trains and buses, steamers (called ‘Launch’ in Bangladesh) are also a popular means of transportation as they are comparatively cheaper. Stay and the food is also generally not expensive. You can stay in a budget hotel or a lodge to save money or splurge in a star hotel in popular places like Dhaka, Chittagong, and Cox’s bazar. Street food is popular like in India, though not hygienic always. You have to depend on the sealed water bottles for drinking water

How did I travel in Bangladesh

My backpacking trip to Bangladesh started from Akhaura border, situated on the South-east of Bangladesh. I got the visa for free from the Bangladeshi visa office in Agartala (India). During this trip, I travelled in local buses, cycle rickshaws, motorcycle taxis, steamers and even trucks and rickshaw carts. I got to stay in a Gurudwara, a small hostel room in the Dhaka University and also stayed in an unelectrified village in the countryside of Bangladesh.

Before this trip, I had come across only the negative information about Bangladesh. Media reports informed about the religious fundamentalism, bloggers being killed, temples being vandalised, bomb blasts in busy commercial centers, etc.. But the trip changed this perception forever. I met the some of the most friendliest people in this country. Being an Indian I got a special attention from each and everyone I met there. Right from the first Bangladeshi family whom I met at Akhaura border (near Agartala, India) to Mr. Alauddin and his friends at Benapole border (near Kolkata, India) whoever came to know that I am an Indian, they showered their generosity and best hospitality.

Some of my wonderful experiences

I met this wonderful family at Akhaura border check post. We were together at the immigration counter. After completing all the formalities, we spoke to each other and became friends. We had to go to the same place to catch our next buses. They offered me a lift in the auto-rickshaw which they reserved for themselves. The auto-rickshaw driver spoke with me in Hindi. We had discussions on a various topic during the one hour ride.

The young official at Grameenphone (mobile sim) office at Motijheel, Dhaka came forward to help me out of the way when he came to know that I am an Indian. As a friendly gesture, he gave me a special wristband. Incidentally, next day was my birthday. I was overwhelmed to see his birthday wishes which he sent through SMS. A student of Dhaka University offered me to stay in his hostel room. He went with me to show the university campus and the places worth visiting in Dhaka. Mehmood, another young fellow whom I met while going to Chandpur from Dhaka helped me to get another local boat to cross the mighty Padma River.

He came as the real rescuer

On an evening, Mr. Harlal took me to his home when I got stranded on the road because the last bus to the nearest city had left already.  It was a small village and I was not able to converse with the villagers. I tried my best to ask them about the alternate ways to reach the nearest city. With each passing minute, I was getting hopeless as it was getting dark and all my efforts to speak with them were going in vain. Then came Mr. Harlal, who not only sheltered me at his home for that night but also made only vegetarian food for me despite he was a non-vegetarian. He had a very small house. To accommodate me there, he sent his family members to neighbor’s house but offered me the best possible hospitality with the limited resources.

Next day a truck driver helped me to reach the nearest city. In another example, a young lady helped me to get the quickest mode of transport to reach Jessore from a small place called Kalna ghat because I was getting late to reach the Benapole border in time. But despite all the efforts, unfortunately, I could not reach at the border check post in time. Then came Alauddin and his friends to my rescue. They helped me in finding a place to stay. Got some vegetarian stuff to eat from nearby shops. Next morning they came very early to see me off at the border post.

For people knowing Hindi, Subscribe to the channel here, where you’ll get most of the travel related information in Hindi. 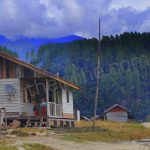 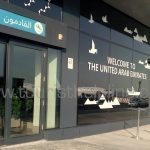 How I got Russian Tourist Visa in India

These apps can make your Europe trip cheaper Getting free drinking water and cheap food in Thailand