I visited Toronto in November 2019 and visited a few popular sightseeing places. While travelling in the city I used buses, trams and metros. I came across a day pass for tourist which makes Toronto public transport the cheapest way to explore the city.

The agency which operates bus, subway & streetcar services in Toronto is called TTC,  Toronto Transit Commission. It is like DTC or Delhi Transport Corporation in Delhi.

For Tourist Day Pass are the best option to explore the city. Cost of TTC Day Pass is 13 CAD, but you get unlimited travel for One day. This pass is valid until 5.30 am of the next day. Now I am sharing the best part of this pass. 6 people can travel on a single pass in any transportation mode of the TTC system. TTC sell Group/Family day passes on weekends and statutory holidays. Cost of one such pass is also 13 CAD but valid for 6 people. This includes 2 adults and 4 children between 13-19 years or 1 adult and 5 youths between 13-19 years.

What else in this video!

My day started with a free walk tour from Union Station, Toronto. I came to know about PATH, an underground system which was the most interesting part of the walking tour. Though something happened at the end of the tour which was not a pleasant experience. Then I visited the Royal Ontario Museum by using Toronto’s public transport. After that, I took a Street Car to China Town. Had dim sum at one of the Chinese restaurants in Chinatown Toronto. The day ended with the Art gallery of Ontario which was very close to my hotel Chelsea.

How I found the cheapest Tourist Mobile Sim in Canada 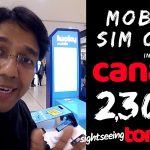 How I found the cheapest Tourist Mobile Sim in Canada 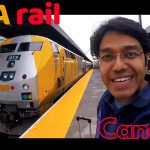 Tourists must visit this place in Quebec City, Canada How Safe and Hygienic are Roadside Dhabas!