Today is the second last day of my Russian trip. I stayed with Roman and his friend Sasha. Both are seasoned hitchhikers and Couchsurfers. After editing a video in the first half of the day, I went with Roman to have a glimpse of Novosibirsk. With a population of around 1.5 million people, It is said to be the third largest city of Russia.

In this video, Roman takes me to some random places in Novosibirsk. You can see how is a usual day in this city. We take a minibus, which is called ‘Marshrutka’ in Russia, to reach the city center. Then we visit a library. After that, he goes to attend a meeting, and I explore the city on foot. I reached a museum of Nicholas Roerich, the great traveller, philosopher and a painter who spent a significant part of his life in Naggar, Himachal Pradesh.

There is something about Sberbank of Russia, Churches, Christianity, Differently abled people, Metro, Trams and other city transportation in this video.

How to reach Novosibirsk

Air: Novosibirsk international airport is well connected by many big cities of the world. Although there is no direct flight from India to Novosibirsk as of now. In this video, Roman has shared some interesting information about this topic. Watch it.
Train: Novosibirsk is a main station on the Trans-Siberian railway route. Every train stops here. I took a train from Omsk to reach Novosibirsk. Here is the video of my journey. It’s quite musical. I am sure you will like it.
Bus: As said, Novosibirsk is the third largest city of Russia, after Moscow and St. Petersburg, it has lots of bus connection. You can take a direct bus for Gorno-Altaysk to reach the Altai Mountains. My friends took a direct bus to Kazakhstan from Novosibirsk. Watch the video here.

My other Hitchhiking videos 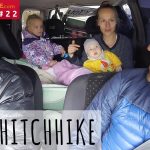 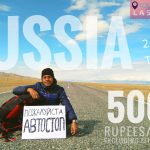 When I experienced Village life in Turkey