This video is based on my journey from Borjomi to Tbilisi, the capital city of Georgia. After reaching Tbilisi central station I took the Tbilisi Metro from Station Square metro station. In this video, I have shared information on Tbilisi metro fare, timings and how to travel in Tbilisi Metro or Subway. You will also see Liberty square metro station, Liberty square mall, vegetarian Georgian Dishes, cost of vegetarian food in Tbilisi, etc.

Borjomi to Tbilisi in a Marshrutka

The bus dropped me at Station square in Tbilisi. The main railway station of Tbilisi is located adjacent to this metro station. I took Tbilisi Metro to reach Liberty Square Metro station.

Tbilisi Metro is the part of Tbilisi Transport Company which also runs buses, funiculars, ropeway, etc. One smartcard called ‘MetroMoney’ is valid on all these modes of transport. The smart card costs 2 Lari and each trip costs 50 Tetri (100 Tetri = 1 Lari). However, after completing a trip if the passenger uses another mode of transport within the 90 minutes of swiping the card the next trip won’t be charged. So in other words after tapping the card at the machine the passenger can take unlimited trips for the next 90 minutes. Metro is available between 6 am to 12 am.

After reaching Liberty Square Metro station I went to the Liberty Square Mall which is in the same building. I bought an adapter for my MacBook Air from an authorised seller. The mall is quite big and offers almost everything from famous fashion brands to grocery supermarkets, food courts to a multiplex cinema.

I had Khachapuri and Lagidze water at the food court of Liberty Square Mall. The restaurants offer vegetarian options as well. Khachapuri is a popular Georgian dish. Watch the video to know more about both the things I had. 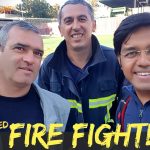 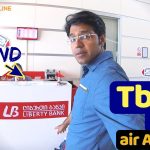 How I got a Tax refund at Airport (My experience in Tbilisi, Georgia)