I started the day in Brinchang and visited the Sungai Palas Tea Plantation in Cameron Highlands. After completing the tea estate tour at about 11 am, I started hitchhiking to Ipoh, which is a major town on the main highway connecting Kuala Lumpur to Penang or Alor Setar (for Langkawi). The initial experiences were not that bad. I got lifts after few minutes of efforts, but after I reached Ipoh, I struggled a lot to get the next lift.

The biggest mistake I did

While hitchhiking, its always advisable to remain on the highway. Getting a lift inside the city is sometimes not easy. I experienced this in Ipoh. The family dropped me at a petrol station, which I supposed would be a better place to get a lift, but the petrol station was situated inside the city. All of the people who stopped and wanted to give me a lift could not do that because they were going to some place in the town itself. Eventually, I had to struggle for 21 hours to get the next lift. Watch this video to know how I got lift finally.

Where did I stay in Ipoh

Thanks to the Gurudwara Sahib, Jelapang in Ipoh for allowing me to do a night halt in the Gurudwara. Thanks to everyone who helped me on the highway and those who could not. It was a learning experience. Hope you will find this video helpful and not commit the mistake I did. 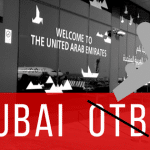 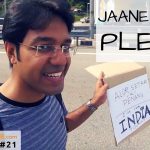 How to travel the world! Indian student’s Guide CouchSurfing in Almaty: The Modern Kazakhstan! Direct flights to Bali from India