Just 520 km away from Delhi, Kasol (Himachal Pradesh) or ‘Mini Israel’ is the best choice for those who are willing to spend their long weekend in a relaxed but fun style. I visited Kasol the first time in August 2014 during a long weekend (best long weekends in 2017 to visit Kasol ). Although the choice of destination was nice but the time we chose, was really bad. Due to the long weekend, the entire Delhi was off to Kasol. In our 4 days’ trip, we spent 3 days travelling to and from Kasol. We had planned to spend 2 nights there, however, could only spend one. Due to the heavy traffic and rains we had to spend one night in a hotel ‘The Garg’, which is located on Kullu road, 2 hours before Kasol. Read my travelogue ‘Kasol – A weekend trip to Mini Israel!’ and start making your own itinerary for Kasol trip.

This trip can be done anytime during the year. Kasol weather remains almost pleasant.  However, October to May is the best time to visit there. Minimum temp from October to February fluctuates between 17°C to 6°C. Summers get quite hot but evenings are pleasant. Minimum temp during April-July varies from 20°C to 39°C.

How to reach Kasol Delhi to Kasol by train : If you are looking for a comfortable train journey then this comfort will last only till Chandigarh. After that take a direct bus to Bhuntar and then local bus or taxi to Kasol.

Where to stay in Kasol

There are plenty of hotels in Kasol. For budget travellers, you can even find a good deal in 500 Rupees, so there is no dearth of budget hotels in Kasol. Not many luxurious hotels are available, however, some decent hotels are there with basic facilities. Per night rent might go up till 5000-6000 Rs. as per the standards of accommodation and season.

Camping in Kasol : Tented accommodation is also available in Kasol. If you are planning to pitch your own tent, you can take advice from locals. (my secret ways to stay for cheap while travelling in India)

Things to do in Kasol Kasol is also called ‘Mini Israel’ due to a large number of tourists from Israel. You can enjoy Israeli food here if you are a fan. There are many cafes serving Israeli food and beverages. Some Cafe owners are well aware of their importance and that is why sometimes they are not very polite with the customers. We went to a cafe where we saw one person asking for the status of his order, cafe owner told him to leave if he can’t wait. After leaving from there we saw another cafe that doesn’t allow Indians in his cafe. All this was a little strange experience.

For Kheerganga you first need to reach Barshaini, which takes 45-50 mins from Kasol by bus. Kheerganga is around 9 kms long trek which takes 4 hours. There are few shacks available for simple food options. You can find an accommodation starting from 200 rupees.

Kasol is also known for many other reasons. People love to party in Kasol. Maybe because the type of tourist crowd it receives.  I somewhere heard about Kasol trance parties, but couldn’t see any. For your information, please be aware of the local rules and regulations. Disobedience can lead you into trouble.

Places to visit near Kasol

It is a small village in the lap of Himalayas, so as such there are not many if you are looking for places to visit in Kasol.  All you can do is just hang around the village.

Distance from Kasol to Manikaran is 6 kms. Manikaran Sahib Gurudwara (Sikh Temple) is one of most popular sites near Kasol. This is built right on the banks of Parvati River. (Read : How to stay in a Sikh Temple for free)

A land of many mysteries : Malana is a must visit place if you are planning a Kasol trip and have some extra time in your kitty. Its an ancient village with some unique customs which is religiously followed by the villagers. If you have a tendency to touch things and get a feel, well you will have to change this behaviour here. Touching is not Malana villagers’ thing. I came to know that there are many places and objects where touching is banned you will have to pay about 1000 Rs. as a penalty. All the disputes are resolved by the village administration. Police intervention can lead to a penalty. Malana is also a place where world’s best hashish is grown. It’s also called as Malana cream.

Just like any other hill station Kasol also offers an opportunity to shop the local stuff. Yarn knitted clothes, bags, shawls and many other things are available in the market. 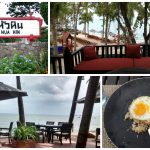 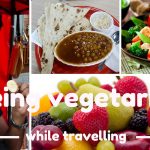 Video : Travel vegetarian around the world I am 17 & travelling the world with no money!