In this video, I have shared my experiences at the Istanbul Airport, the official name ‘Istanbul Atatürk Airport’. After watching this video you will come to know about –

IstanbulKart: Istanbul Airport to Sultan Ahmet – How I reached?

I travelled via Istanbul Metro & Tram from Istanbul airport to Sultan Ahmet. Watch this video to know the fare of Istanbul Metro and also how I travelled to reach Sultan Ahmet. I used ‘Istanbulkart’ to travel in Tram and Metro in Istanbul. In this video, you will also know about IstanbulKart fares and how to get IstanbulKart at the airport? It works everywhere in Istanbul. In Trams, bus, metro, boats and even toilets!

Which ATM did I use at Istanbul Airport to withdraw Turkish Lira?

What is the best way to get Turkish Lira at the airport! I used the HSBC atm at Istanbul airport to withdraw money. Though I got a poor exchange rate. But I tried another ATM also. I have mentioned the reason for not using it. Later in this video, I have shared about the best place to withdraw money at Istanbul Aiport.

I have also shared inputs on sim card at Istanbul Airport. For eg, I have mentioned the cost of Turkcell and Vodafone sim available at the airport. Although there are many other sim card companies in Turkey which you will come to know in upcoming videos.

I have mentioned Sultan Ahmet a number of times. Sultan Ahmet is basically a tourist hub in Istanbul. The two most popular tourist attractions in Istanbul – The Blue Mosque and Hagia Sophia are located in Sultan Ahmet Area. There are a lot of options to stay here. I stayed in ‘Shabby Guesthouse’, but the experience was bad. Watch this video to know more about it.

Hotels and Hostels in Istanbul 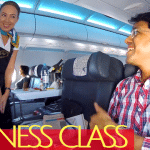 ISTANBUL: Safe for Female Travel! How cheap for Vegetarians! Is Couchsurfing safe for a solo traveller (Female)? Indians can get Turkey e-Visa in 2 minutes, if…