Top Posts
20$ Worldpackers Promo Code ‘MOUNTAINTREKKER’ | Travel the...
Itinerary for Koh Phangan, 2019 [Budget trip 15,000...
Varun Vagish Travel Kit
China visa for Indians : How to get...
How I get visa without booking a flight...
Tourists must visit this place in Quebec City,...
OTTAWA: Sightseeing | Ottawa to Quebec city by...
My first train journey in Canada : Toronto...
Pay for 1 & Travel 6 | Cheapest...
How I found the cheapest Tourist Mobile Sim...
Home Travel Guide Visit Bhutan : The Land of the Thunder Dragon
Travel Guide

Visit Bhutan : The Land of the Thunder Dragon Bhutan, officially called the Kingdom of Bhutan is one of our neighbours which offers ample reason for Indian citizens to visit this beautiful country. This landlocked country is a great tourist attraction and at the same time, perfect for budget travellers. India and Bhutan have had friendly relations for a long time. Bhutan is easily accessible and economical as 1 Bhutanese Ngultrum (it’s currency) equals nearly 1 Indian Rupee. Check this post and start making your plans to visit Bhutan.

No visa for Indian tourists to visit Bhutan

Bhutan has restrictions over tourism, so people from the west need to spend a lot of money to travel to Bhutan but the same doesn’t apply to Indians. Bhutan is quite welcoming towards Indian tourists! In fact, Bhutan and Nepal are the only neighbouring countries of India, where Indian citizens are not required a visa.

To enter Bhutan by road or flight, you require either a valid Indian passport with a six months validity or a Voters Identity Card (VIC). Aadhar is not an acceptable document to enter in Bhutan. After submitting the above-mentioned documents at the immigration office you’ll get an entry permit. It usually takes 1 hour to get the entry permit of Bhutan at the Phuntsholing border.

Documents required to enter Bhutan with own vehicle

If you wish to drive your vehicle (car or motorcycle) registered in India, you are required to obtain a Route Permit from the Road Safety and Transport Authority office in Bhutan after obtaining the entry permit from the Department of Immigration.

How to reach Bhutan from India

The nearest railway station from Phuntsholing border is Hasimara (West Bengal). Catch a train from New Jalpaiguri (Siliguri, West Bengal) and then take a shared auto to Jaigaon/Phuntsholing border. You don’t need a reserved seat on the train since it’s not very crowded and the journey is not very long. It takes around 3 hours. The route from New Jalpaiguri to Hasimara is quite scenic. Trains pass through a jungle which is home to elephants. Indian Railways operate all the trains at slow speed for the safety of elephants.

You can travel to Bhutan by flight but it not recommended as it is expensive. Two flights connect India to Bhutan, Bhutan Airlines and Druk air. These flights operate from Indian cities like Delhi, Kolkata, Guwahati, etc. These flights take you to Paro Airport, which is the only international airport in the country. Flight from Kolkata to Paro takes 1 hour 10 minutes whereas Guwahati to Paro takes 55 minutes.

March, April, May, September, October & November are the best months to visit Bhutan. Spring season from March to May is the best time for nature lovers when the rich and vibrant colours of flora can be seen.  The moderate temperature during Autumn is a good reason to visit Bhutan between September & November.

Petrol is cheaper than India 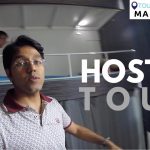 Documents for Thailand Visa on Arrival